Hover your mouse over one of the small images to bring up a larger image on the left of the screen.

Wolfe Island: it is the biggest and farthest west of the Thousand Islands, situated opposite Kingston, Ontario at the point where Lake Ontario runs into the St Lawrence River. The house there was bought in the late 1980s. The old bachelor who had inherited it from his family had died a few months before. The place felt ancient; it was said to be the oldest standing house on the Island, was largely unchanged in the recent past. In the years between 1992 and 1996 I was living in Montreal and spending most of the summer alone in the magic house, only a few feet from the water's edge. Most of these photographs were taken in those summers, a lot of them growing out of a fascination with the lake meeting the limestone shores, the patterns of water, light and wild summer growth. 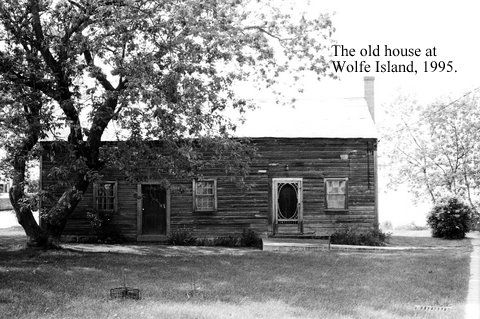